What a first happy birthday I have had! I have been celebrating for one full week. GSD puts us some limits but it will never stop us.

We started the party on October 7th 2018, a date that will be written in history as the day in which Nina and her Warriors In Action won the Ist battle in favor of GSD 1b research.

You know I am very talkative and that I like sharing with you everything I am going through. Added to that, lately, I have learned a few words. Since I started saying “Hola” I think I say it more than 50 times a day, together with some hand waving, just as a great leader, as you can see in this picture:

I say “Hola” to Doctors, nurses, physiotherapists, nurses’ helpers, therapists, cleaners, to everyone who comes and goes into my Hospital room. I also say “Hola” every time an elevator opens, even if there is nobody inside… just in case… I say “Hola” and “Wuau” to dogs and cats and I even say “Hola” to trees, to the sea, to the sunset, to every single thing standing in front of me. All this because apart from being a Warrior I am also very polite 🙂 I can say “Gracias” and “Adios” as well, and my parents are trying to teach me “Ciao” since I am also half Italian.

Anyway, going back to my birthday, I was saying that even if I am very talkative, today I have no words to express my feelings. Even if I try I do not manage to illustrate how beautiful and special was the anticipated celebration of my birthday in the “I Carrera y senderismo solidarios Nina la Guerrera,” how much it meant to me, how grateful I am. “Endless Thanks” is not enough.

Maybe I could start by telling you what I got as a present: Love, care, solidarity, hope, empathy, sports, nature, research… More than one thousand people supporting my cause, walking, running or getting the Charity registration. I am just one year old and I got all these presents, I cannot ask for more in my first birthday. 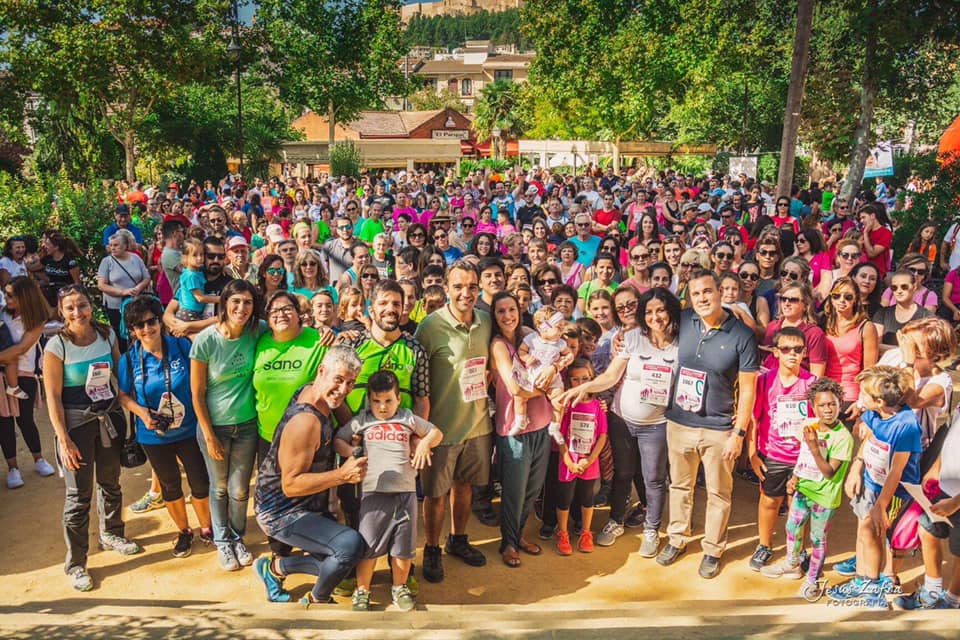 I may also be able to explain how special this day was with a few examples:

I woke up, as every other day, monitoring my glucose level in blood and changing the dextrose 10% that I take through the nasogastric tube for the soy milk with gluten-free cereals plus some cornstarch. After my first meal, since it was a beautiful day outside, my grandma Lola took me out to the terrace to have my second meal enjoying the sun… I love the feeling of the early morning sun in my little face – when it is not too strong yet – it is like the whole nature is cuddling me.

From my terrace, which is just in front of the “Paseo de los Alamos” I could hear my Warriors and their music. I knew the battle had started and I was very proud of them.

At 9:00, at the vanguard, the walking Warriors departed, willing to make the most of their hike 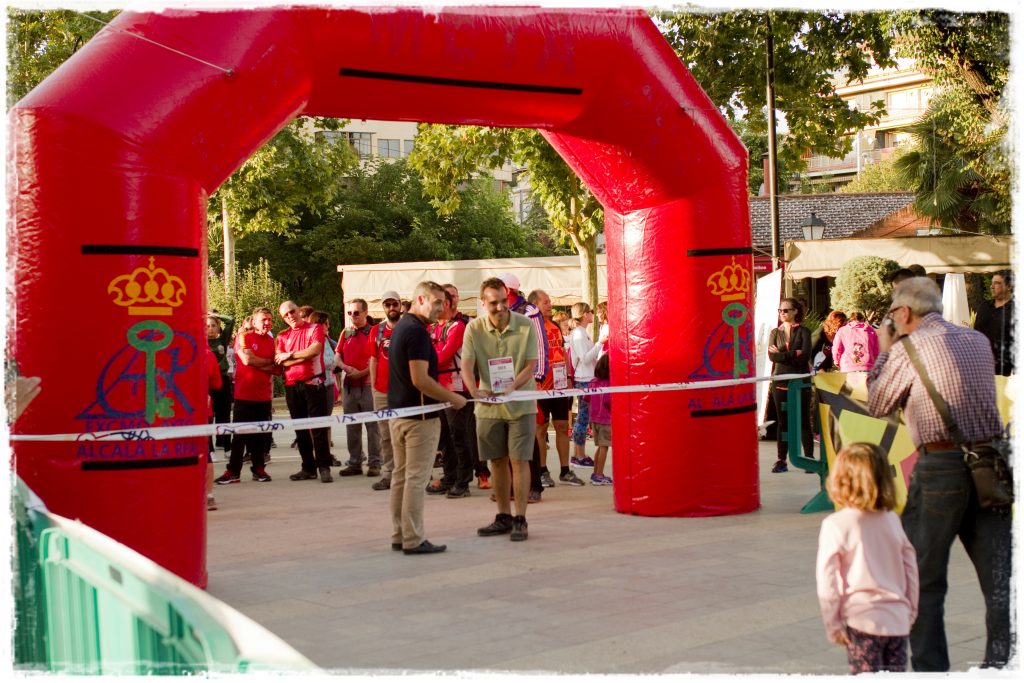 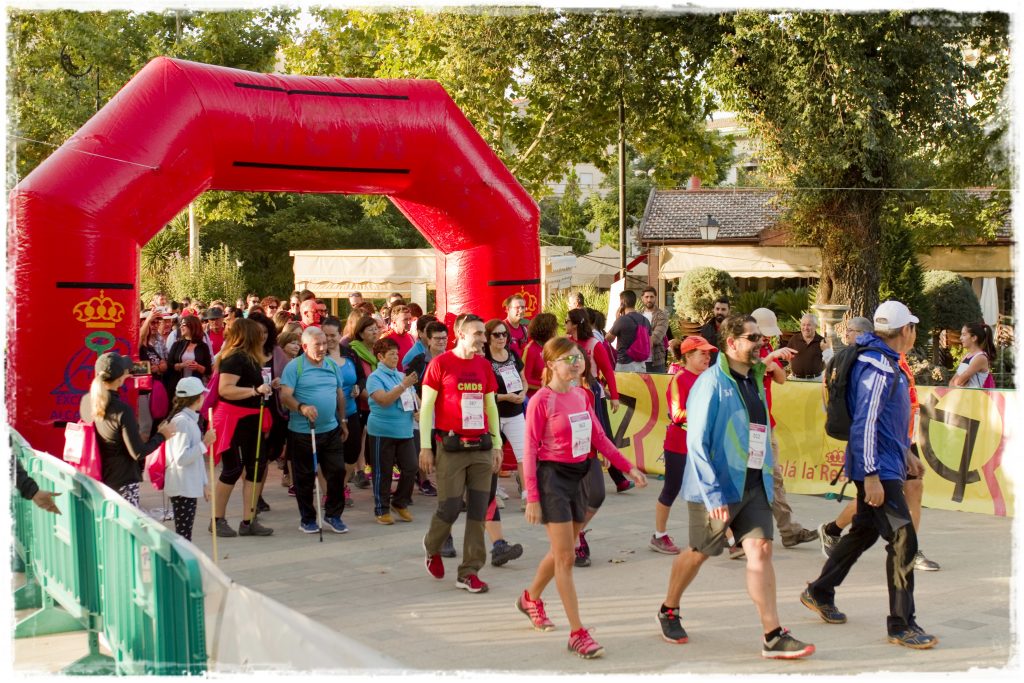 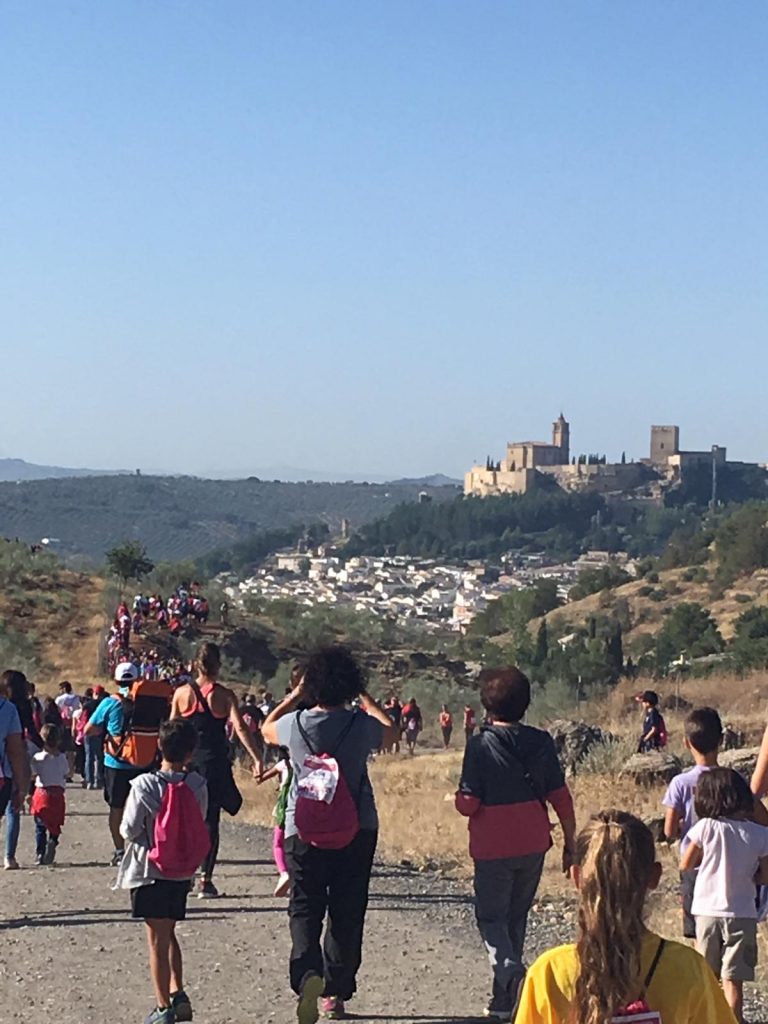 Then, at 10:00, the running Warriors, from the rearguard, gave everything they had to support our campaign 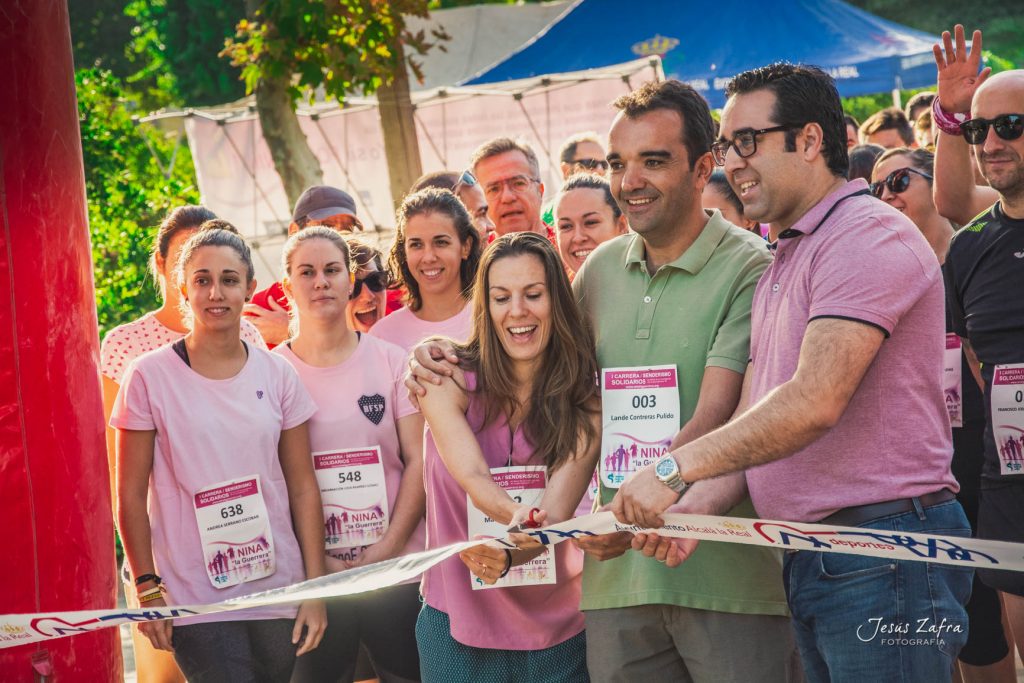 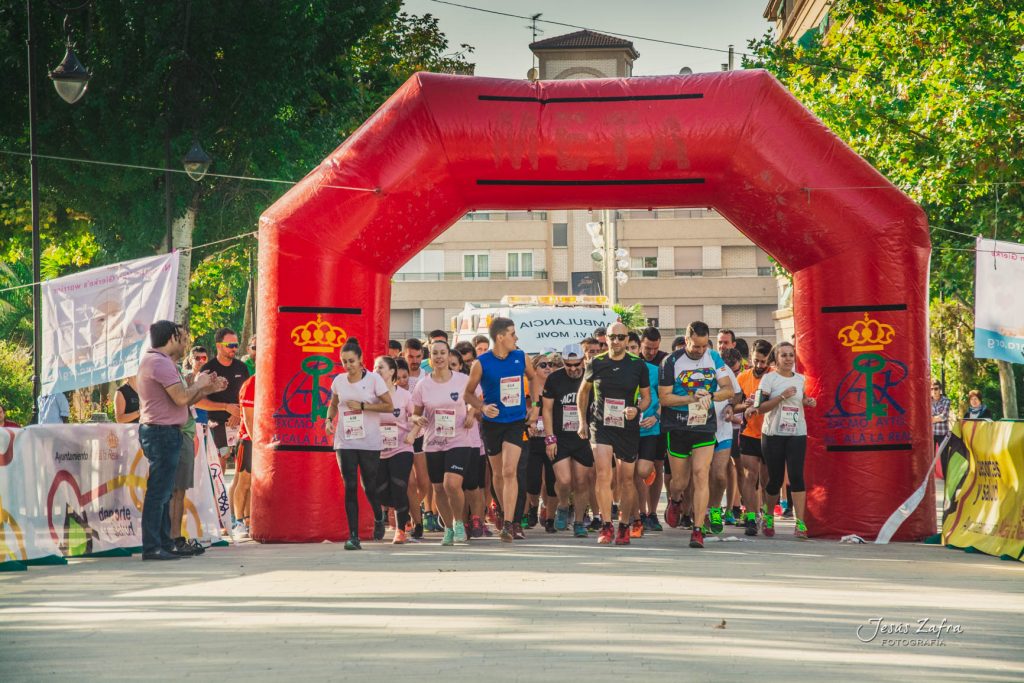 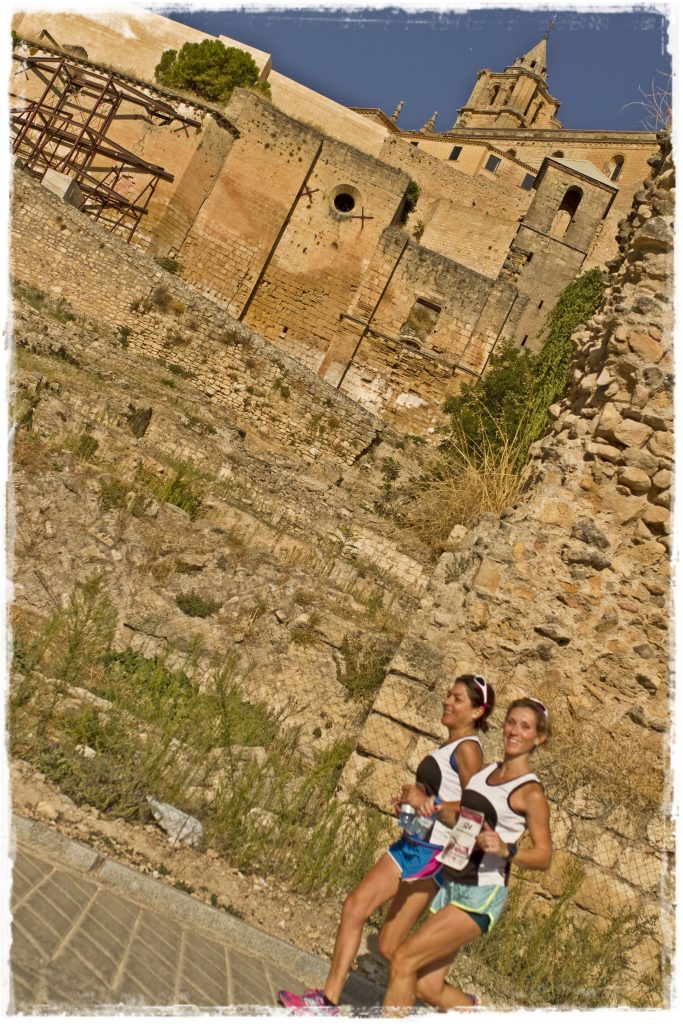 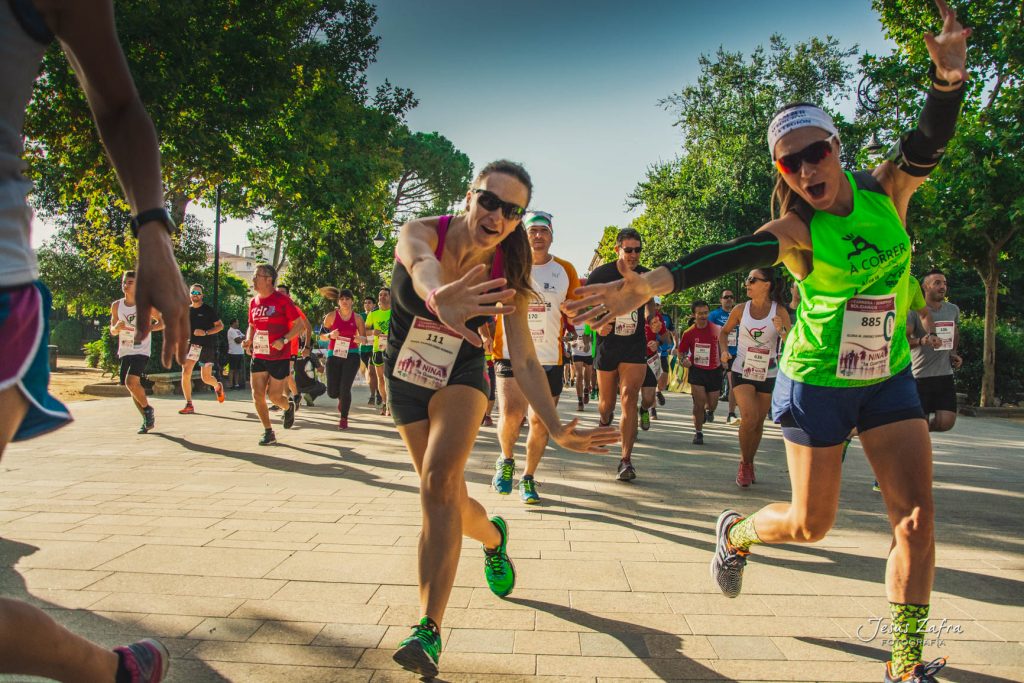 I was very excited when I saw the runners going up the “Paseo de los Alamos”, then turning around and going down my own street. I was so lucky I could see them from the terrace so I greeted them, waved and said “Hola” 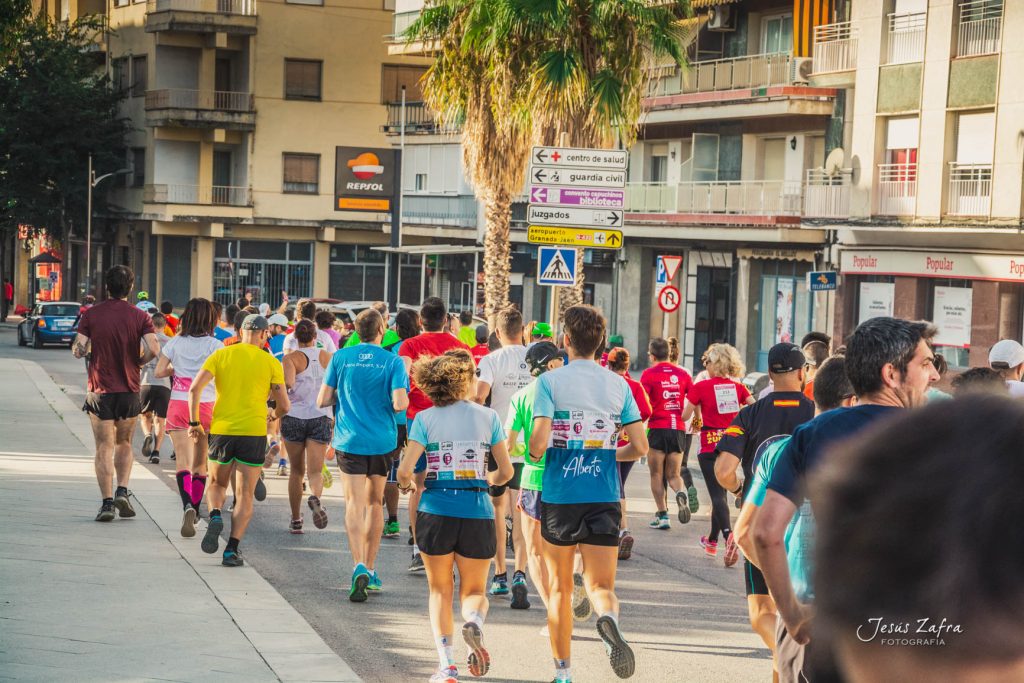 They greeted me back from the street while right in front of me, in the horizon, in a cliff called “Los Tajos” I could see the walking Warriors, to whom I also greeted from the distance. 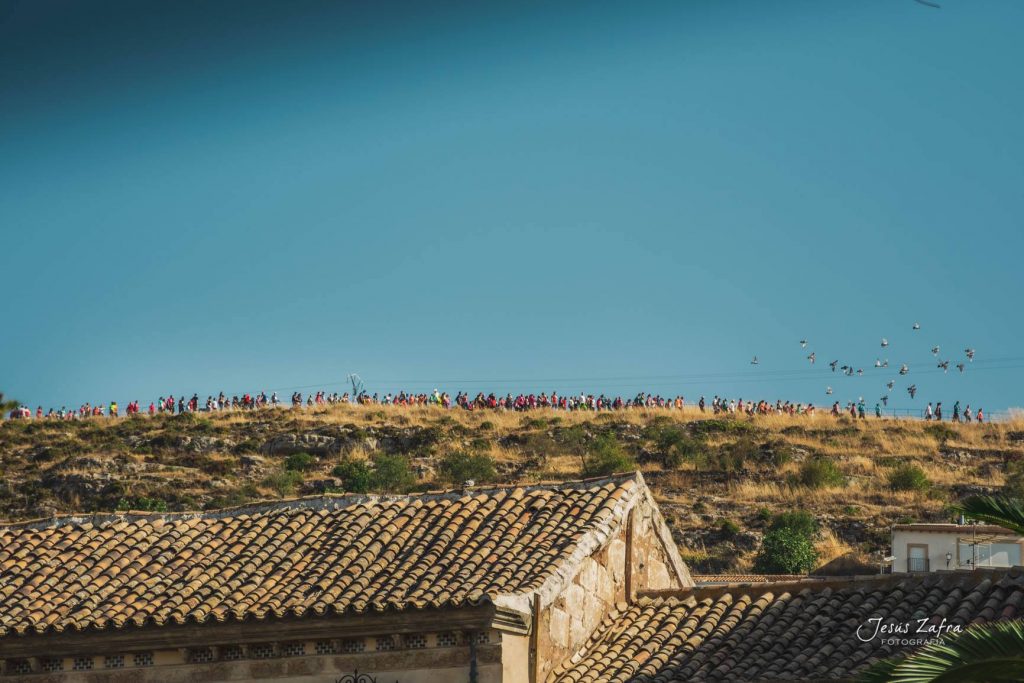 Honestly, I woke up a bit worried because the night before I went into hypoglycemia after vomiting… I managed to catch up quickly and well but it was not clear to me how I would wake up the following day. However, the moment I greeted my warriors gave me the strength I needed to make sure that I could go ahead and accompany them.

Another very special moment took place when you, Warriors, ended up your mission and gathered in the “Paseo de los Alamos” so that I could go down there to greet you with my “NinaCar”. I got goose bumps when I arrived there and saw you altogether… cheering, clapping, smiling, crying… hugging me with your souls and proud of having taken part of such a special day with more than one thousand people. 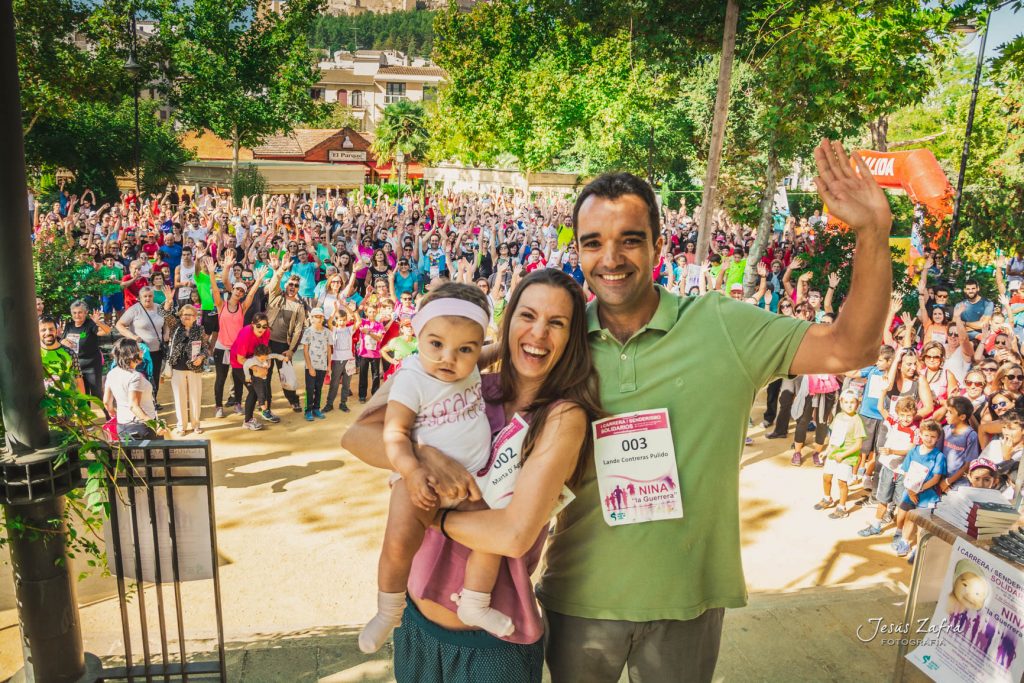 My “Gracias Guerrer@s” (Thank you Warriors) t-shirt was nice, but again, it was not enough to express my gratitude… And I was also a bit impressed… We had fought a few battles together with several Warriors In Action in different places and I had been supported by thousands of you through the website but this was the first time that I had a big chunk of my whole army standing right in front of me. 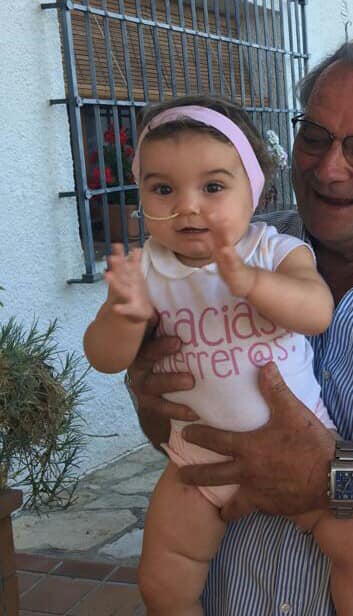 I am used to “scan” people the first time I see them. I stare at them, saying nothing, and a few minutes later I cannot help it and then I say one of my “Hola”, I smile at them and if they have time we have fun together. That day it was hard for me to scan all of you but there was no need since the beautiful feelings I experienced and the quick and direct connection I had with my Warriors was something simply awesome.

And if that was not enough… you cheered my name NIIIINAAA NIIIINAAAA!!! and you sang Happy birthday to me, altogether. It was such a nice moment that it does not matter if my parents were off key 🙂

From the podium I could see the physiotherapy and Chinese Acupuncture stand, the area in which the Yoga was done and, next to it, the stand where “The Gongoras” were distributing very nice fruits. I could also greet the photographers and the media and we even had a drone that made a video from the sky! We are so lucky to have such creative Warriors In Action. 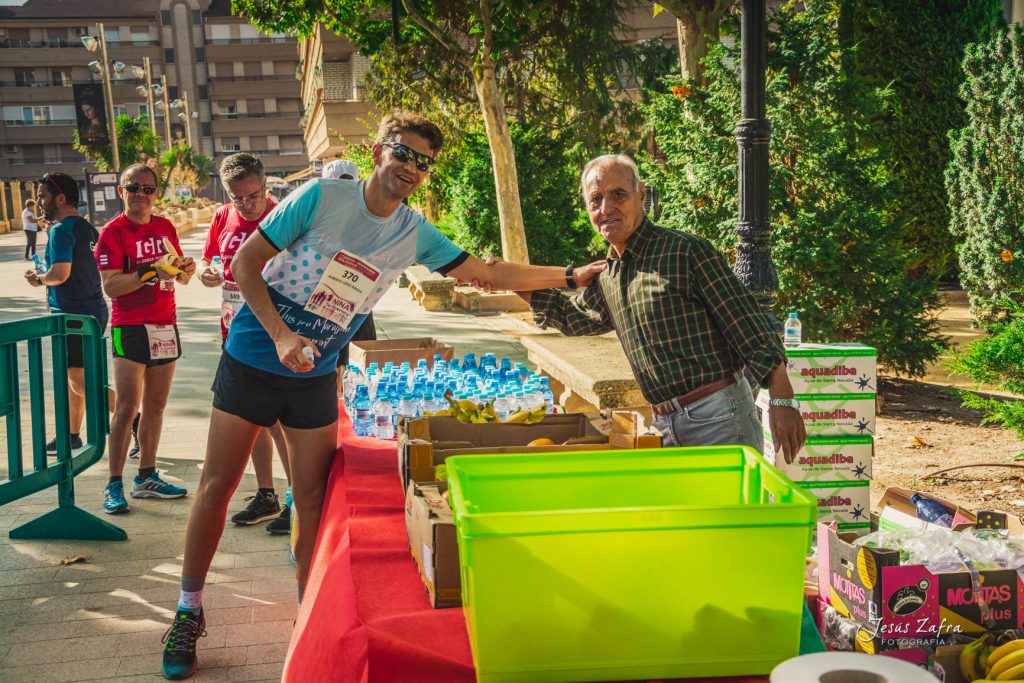 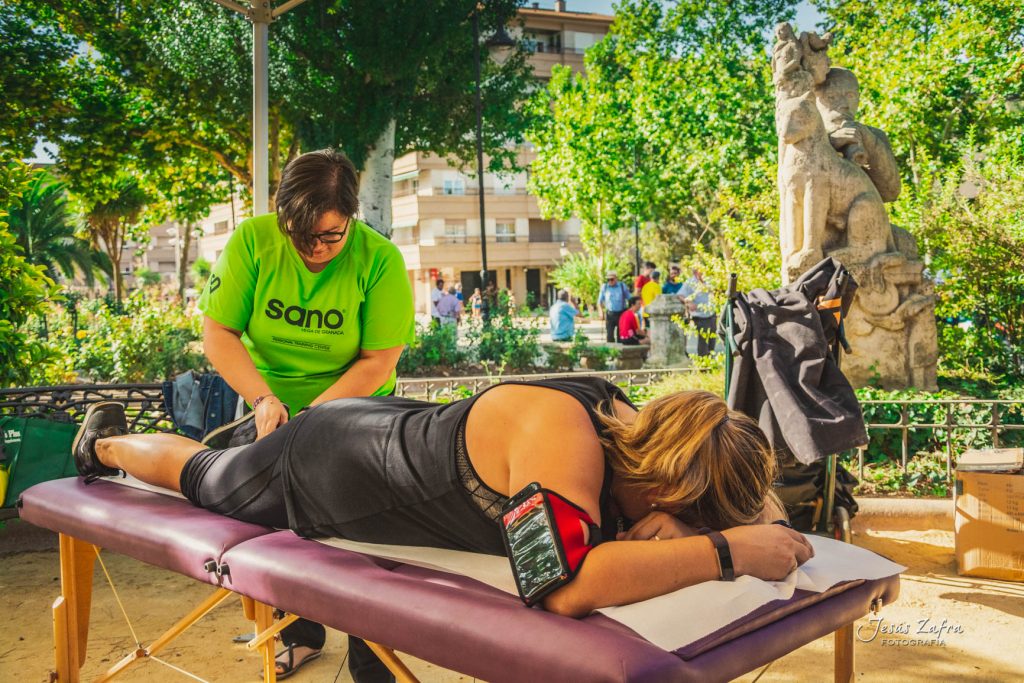 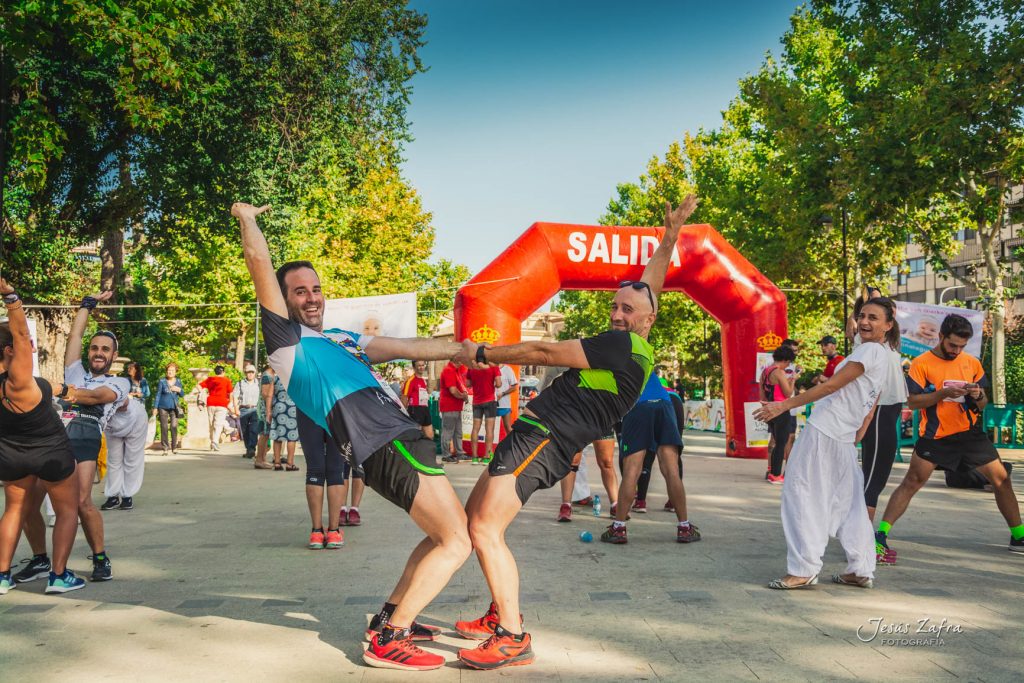 We also had the “AceituNinas” stand, we sold a lot of them! 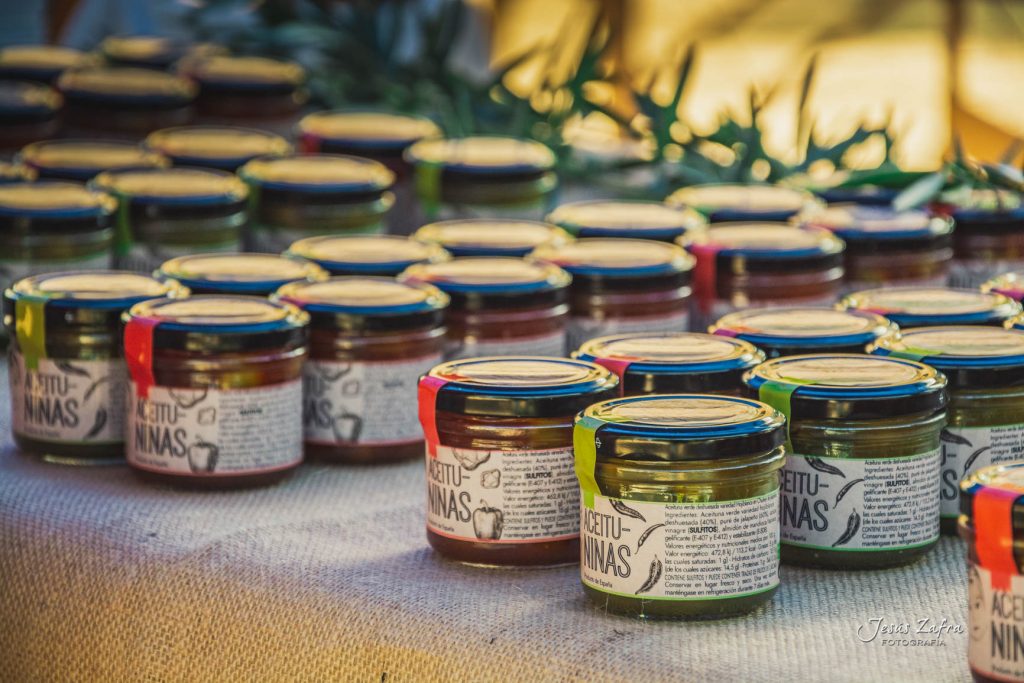 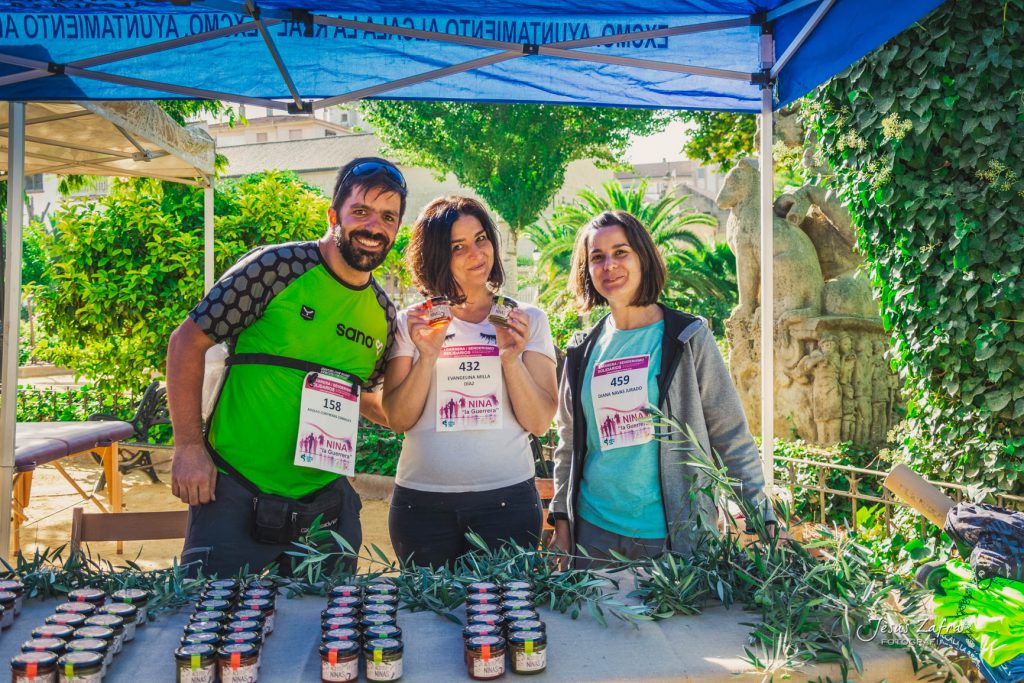 Finally, next to us there was the “photocall” where I could see myself and the Sponsors, Organizers and Collaborators which support was key to win our battle. Thanks so much to all of them. 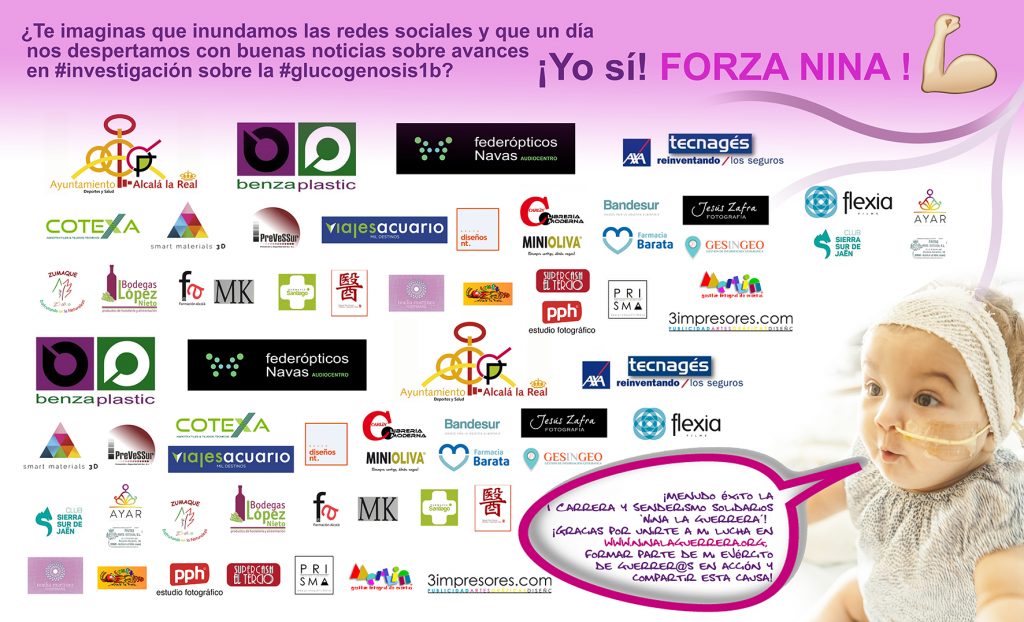 Thanks to them, the expenses were lower, the income was higher and the result of our mission was much better. In addition, we could raffle several gifts among the participants.

I would also like to say a very special thanks to Evangelina, Mota and Adolfo, who led this battle since the very beginning and spent a lot of time and effort to ensure our victory. Thanks also to all the volunteers that made this day possible.

The great response of Alcala la Real’s Warriors and from many other towns and cities going over the 700 participants limit and adding a lot of charity registrations, plus the generosity of the sponsors, organizers and collaborators, made us raise 12000 euro for our cause.  You are great Warriors!

Thinking about next year I wonder if my metabolism will be more stable, if I will manage to do longer breaks between meals, if I will tolerate the cornstarch, if the nasogastric tube will be removed or if I will leave the hospital for good.

It is clear to me I will make everything possible to achieve these objectives and that I will have the support of my Warriors so hopefully we will make it. Moreover, next year, whatever happens, we will be one year closer to the gene therapy which progress is possible thanks to your contributions… and we will celebrate that next year with a new battle.

I love you very much Warriors. Thousands of NinaHugs. 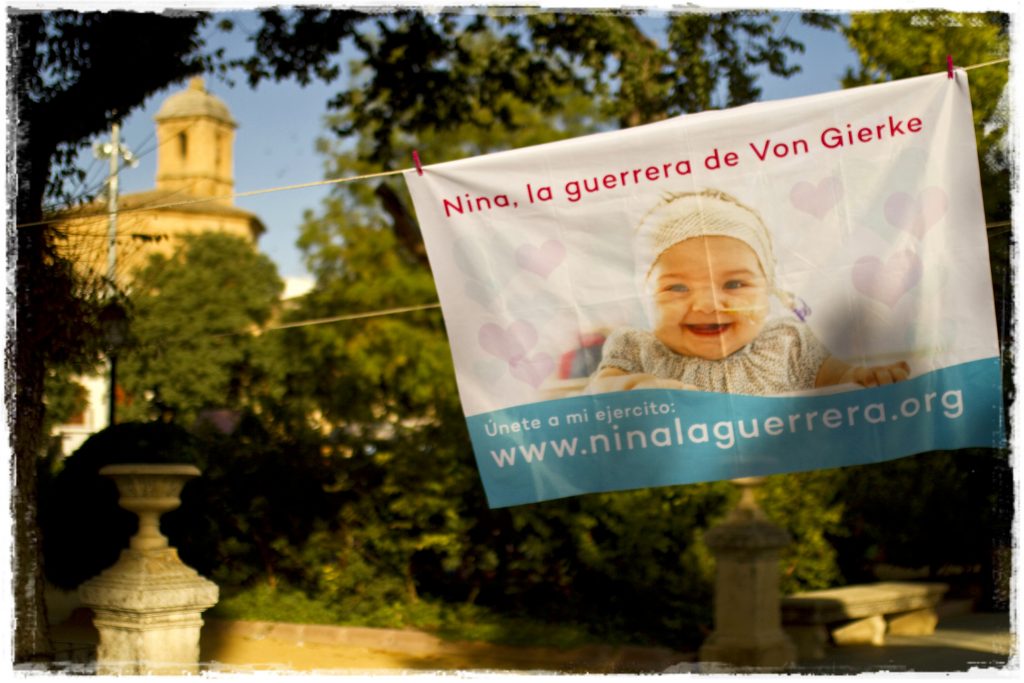